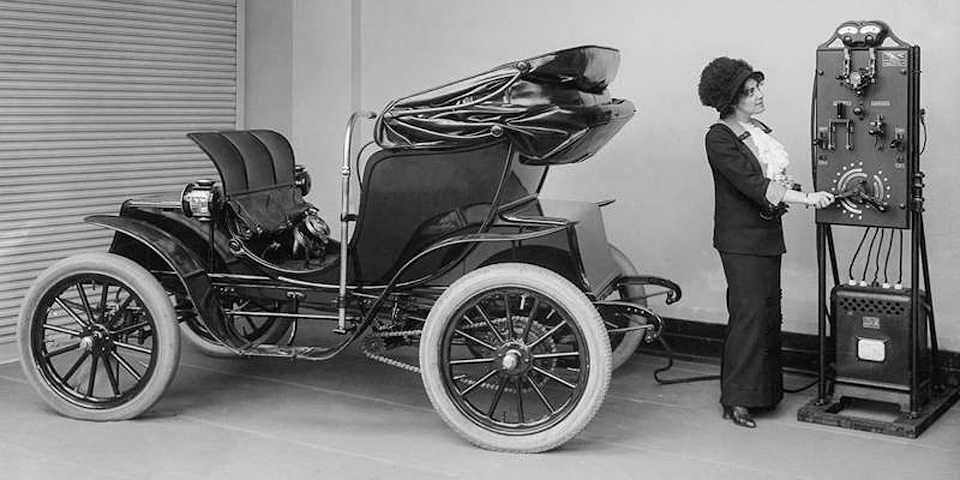 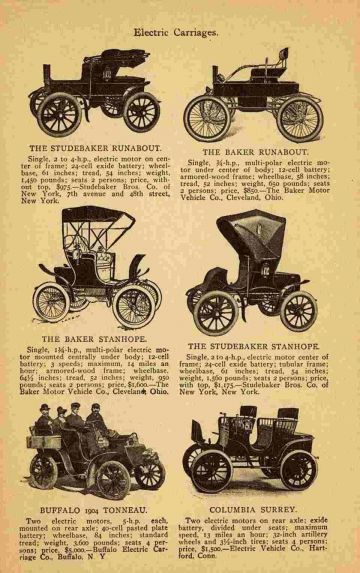 At a young age, I developed a passion for cars, my first love was a VW Bug. As I grew older, I hung out with “gear heads” and came to enjoy the smell of fuel and burning rubber. Later I learned to recognize the sound of different motors and appreciate their fine lines and classic styling. Several models were available for just a short time, and some were simply before their time. The public wasn’t ready for the styling and safety features of a Tucker, nor the futuristic look of the DeLorean. Now electric cars are more prevalent, I wonder if we are ready to start plugging in verses filling up?

It is a surprise to many to learn that electric cars were developed prior to the gasoline engine. During the early 1820s several European inventors designed small, rather impractical electric cars that ran on primary cells. (Disposable batteries.) In the late 1850s, French physicist, Gaston Plante pioneered rechargeable lead acid batteries, which made the electric car a more practical proposition.

Scottish chemist, William Morrison emigrated to North America in 1880, settling in Iowa. In 1887 he had completed a rough design of an electric motor car but yet again, the batteries remained a big impediment. However, applying further advancements made to the rechargeable battery, by 1891 he had succeeded in manufacturing what is considered to be America’s first electric car. It was a six passenger wagon that could achieve twenty-three kilometers an hour, and it may have been the first land vehicle on record that was steered by a wheel.

Gaining in popularity, by 1901 one third of America’s road transportation was electric cars with the largest percentage of the remainder being the horse and carriage.

Several companies produced cars in small numbers. In 1902 Walter Baker sets a world speed record in Ormond Beach, Florida, with his “Road Torpedo” electric car capable of reaching a top speed in excess of one hundred and sixty kilometers an hour. By today’s standards that is nothing unusual, but in 1902 it was astonishing.

Henry Ford, world renowned for the Model T and the assembly line process had a vision: to create an affordable automobile for the American public. The Model T had an inline four-cylinder combustion engine that could run on gasoline, kerosene, or ethanol. It produced twenty horse power and could achieve sixty kilometers an hour. Ford’s wife Clara, preferred electric cars and insisted on driving a Detroit Electric Model C coupe, complete with integral baby seat, and later a Model Forty Seven. When their son Edsel started driving, Henry bought him a Detroit Electric Model D.

Despite the early dominance of electric powered cars, by 1935, the electric car had become almost extinct. Manufacturers of the gas-powered automobile continued to design and produce bigger, faster, and more luxurious cars. Nothing, however, lasts forever and as gasoline prices began to soar from1968 onwards, manufacturers refocused their priorities to make vehicles more efficient and economical.

1971 was a defining moment when NASA sent electric vehicles to the moon, which begged the question, “Why not make electric vehicles for earth?” From the big gas guzzlers of the 70s, we started to see smaller vehicles in the 80s, and even more so in the 90s, but it was not until 1997 when Toyota released the Prius that the first affordable hybrid car emerged. And it was not until 2005 that this new concept really took off in North America.

What does it take to own an electric car? At home you can charge your car with a standard 110-volt outlet as most come with the adapter. Whilst on a trip you can plug into a public charging station. In Ontario you will get Green plates rather than blue, which will allow you to travel on toll roads free of charge, even if you are alone. Depending on the car of your choice, you may qualify for attractive purchase incentives.

Now we are seeing more and more electric cars on our highways, however, after visiting local dealerships, I found that the EVs are not just something a dealer can order and put on the lot. This is a whole new ball game: manufacturers may be producing cars, but the dealerships need to update the sales team on the features, have mechanics licensed in electric motors, and upgrade their facilities and charging stations. If you live in a larger city, this may have already taken place, but elsewhere, it may not.

Haven’t we all dreamed of owning a luxury car at one time. Well what about a Tesla? In 2003 Martin Ederhard and Mark Tarpenning founded Tesla Motors in California naming it after Nicholas Tesla, whose discoveries in the field of electricity made this development possible. Now, they have a line up of vehicles with long range driving capacity at high speed.

I had a chance to not only view the Model S R85, but to experience a Tesla first hand, and what an experience it turned out to be. First off let me say this car is beyond luxurious, be it the high-tech components, the rich interior or the sleek styling, this car has it all. As I approached the car, first thing I noticed was the door handles were flush with the car. How do they work, I wondered? Approaching it, the handles slid out to greet me. After a tour of the exterior, and noting the extent of the cargo space, I got to plug the car in with the hidden outlet was just as sneaky as the door handles. A basic household 220-volt outlet will serve for charging at home, giving a level 2 charge, Level 1 is regular 110 volt and Level 3 is the DC power available at the charging stations. Over air, software updates, like those on your smart phone or computer, are an option and it is able to support apps. Games are available which will only function if the car is in park.

By now I was ready for a drive. There is no sound at all from the motor, the ride was smooth, and one just sinks into leather seats surrounded by an environment of classic lines. Lining it up for the quarter mile, I was thinking it can’t be that different to the Dodge Charger I was driving a few weeks ago. It too is rear wheel drive, so there was some burning rubber, but just within two hundred feet I was convinced. I swear I felt the front end leave the asphalt and within four seconds I went from 0 to 110 km/hr and that was taking it easy. Performance is clearly available in spades, if you require it.

Newer models are equipped with “auto pilot” software, if you do not wish to look for your car in a full parking lot, or cannot recall where you left it, your Tesla will come to you!

More luxury car manufactures are adding EVs to their line up. Volkswagen is getting the jump on the EV revolution and is designing a full line of electrics vehicles to suit every taste: they are even bringing back a fully electric Bus watch out for the Buzz. 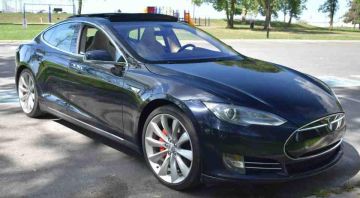 Other than the Tesla, the only electric SUV currently on the market is the Hyundai Kona. Though it is a small SUV compared to its fuel driven cousins, I would be happy to consider this vehicle for my next car. It is FWD, and has enough cargo space for my dog and camping gear. It drives and rides like a regular SUV, however it has more horsepower, and you cannot hear the motor at all. If you have ever played with your child’s radio controlled car, you know what happens when you depress the throttle. The interior is genuinely nice with the return of the “push button” transmission. A seven-inch touch screen gives navigation, voice command phone or text messaging and various apps. Wireless charging eliminates having to search for your phone cord. Rain sensing windshield wipers are a nice touch. BlueLink enables you to connect to your vehicle from your smart phone, allowing access even more features. A “heads up” display projects information into your line of sight allowing you to focus on the road. 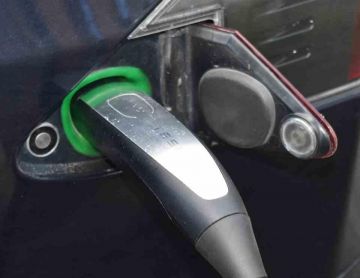 But what is happening with the “Big 3”? Chevrolet currently has a compact EV, the Chevy Bolt on the market. Chrysler is just starting to dabble in the hybrid pool. Dodge is all about horsepower, they build them big and fast. However, in 2009 at the International Auto Show they did show a prototype of a fully electric Charger, again ahead of its time. Can you imagine a Dodge Hellcat whizzing by you without its roar? Ford have been keeping themselves in the hybrid corral, but wait, is there a new pony waiting in the stables? Yes, the Mustang Mach E, fully electric is due for release in 2021. Leave it to Ford to take the leap to EVs with their oldest and most popular car. One must wonder what Clara Ford would be driving today. A Mustang Mach E is my guess.

Could there be a plug-in in your future?